Despite founding and running a non-profit animal rescue, this year is the first time I've had to rehome a dog of my own.

Sammy is a great dog, with a fun "origin story"; she literally had the needle of death-juice in her IV port when I said "stop, wait, I'll take that puppy".

Even at the time, I considered rehoming her as soon as she'd healed from surgery. I'm not actually sure why we didn't. She was cute, and sweet, and there was probably an element stubbornness, "if I'm paying $1,000 for a puppy, I'm keeping it." and at the time, I vaguely envisioned that I'd eventually take her to agility classes or something of the sort. But life intervened and I never did.

She's great, but she's a bit... quirky. She epitomizes the socially-inept "aggressively submissive" personality. In other words, she annoys the crap out of other dogs, and when they try to tell her that, she doubles down with annoying, in-your-face appeasement behavior. Zelda put up with this for a long time, but after a couple of years, she stopped even playing with Sammie and mostly just starting a daily routine of pinning her to the floor in frustration.

When an interested party showed interest, I jumped on it. Sammie now gets the things she didn't get here: individual attention every day. Her own toys to play with whenever she wants. A more proper amount of exercise and stimulation for that busy mind and body.

Zelda is loving it. Without an annoying, socially retarded little sister to constantly manage, she is more relaxed, she barks less, and when she does back, stops faster. She settles easier, and is spontaneously playful again. With Sammie in the house, she would guard her toys, but not play with them. Now she plays more again. Sammie is not the most body-aware dog, and was constantly knocking my toddler over, so that's another issue gone.

Yes, all of these things I could have managed myself instead of rehoming Sammy, but why? Between my part time job with a 30 minute commute, running a non-profit from my house, and having a toddler, it was hard enough to carve out time to exercise two dogs, let alone individual play and training times. Taking a toddler and TWO dogs to the park was nearly impossible and I spent the whole time stressing out, but a toddler and ONE dog who has a good down-stay, is actually fun. Cora gets a turn on the play equipment, then Zelda gets a turn to run and sniff in the grassy/creek area.

I miss her, but not as much as I'd thought. It really does feel like she was an extended foster rather than really "ours". I just wish we'd done it sooner. 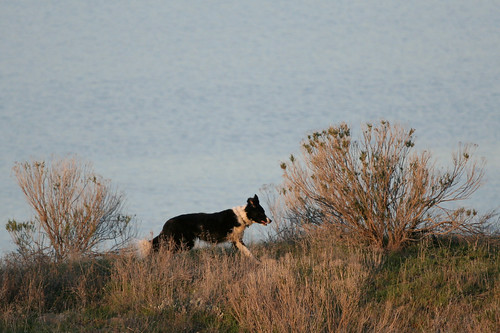 Furbaby pet care is a locally owned and operates in MO, Ballwin, Chesterfield, Manchester, and St. Louis. Our trainers are thoroughly screened and take care of your pets when you are away.