In 2004, while working for the Forest Service, I collected a handful of lupine seeds from the scrubland of Eastern Oregon. I intended to plant them, but what happened instead is that they sat in a plastic bag for nine years.

They survived through five moves. They never left the baggie, but they spent years sitting in hot garages and on porches exposed to the elements.

I rediscovered them last fall and thought, what the heck, and tossed them in a pot on the patio. Two actually sprouted, one survived the winter and is now flowering.

Way to go plant kingdom, you are resilient. 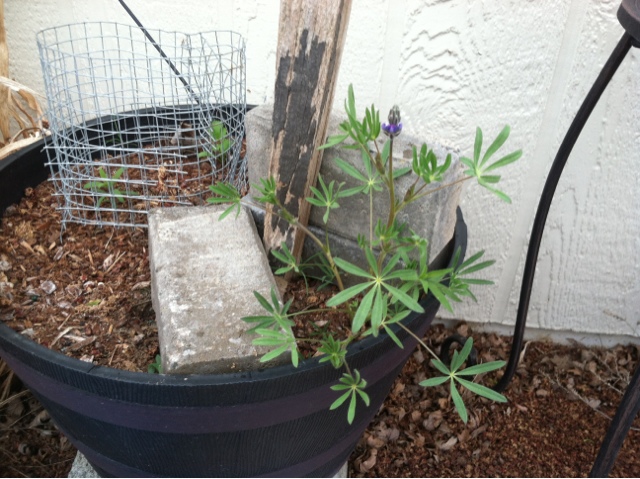