Bighorn sheep went extinct in Oregon in the 1940's but are making a slow steady comeback. There are now an estimated 3700 in the state. Less than a hundred hunting tags are issued each year, and it's a "once in a lifetime" tag - even if you don't fill it, you never get the chance again.

It's a special treat to see one in the wild. And if you want to see one, I can tell you exactly where to go where you're almost guaranteed to see at least a few. I've personally seen a group as large as twenty. You don't need to hike, you just need to look out your car window while driving between mileposts 128 and 115 on I-84 in Oregon. 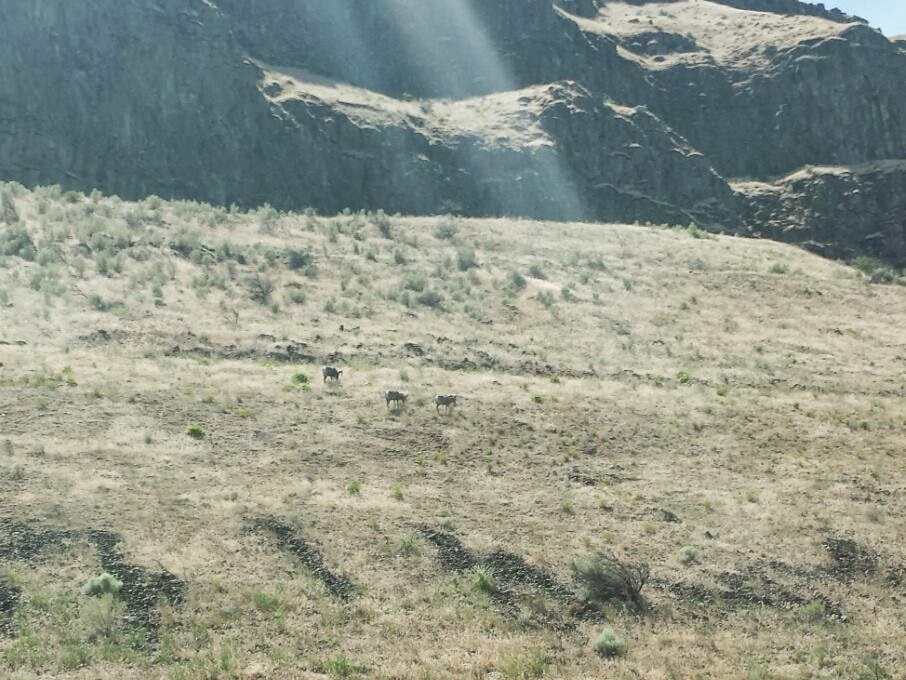 This is the habitat: 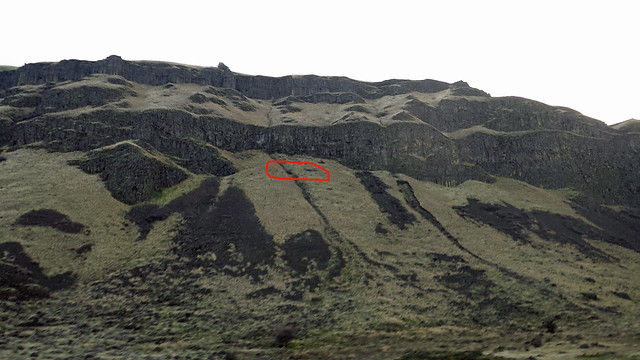 (area circled has about a dozen bighorns in it, you just can't tell in this horrible blurry photo, taken December 2014)

At the top of the cliffs the land flattens out a bit and is private farm land, and beyond that is the John Day River. The Oregon Department of Fish and Wildlife has been re-introducing bighorns in several places along the John Day river, but much farther south. This tiny strip of land is shown as "bighorn sheep occupied habitat" on their map, but it looks like the closest reintroduction location is many miles to the south (see below) (plus, I can't imagine ODFW thinking that land that close to a freeway would be prime habitat for reintroduction).

I'm guessing the sheep traveled to this location themselves, following the river north to the Columbia from the Cotton Canyon area. They found this small but nice piece of real-state and decided to stay, and I can see why: the steep cliffs they like to keep them safe from coyotes, plenty of water and browse, and, though they have to deal with the constant sound of traffic, they're almost guaranteed to never be harassed by hikers, hunters, dogs, or domestic livestock. 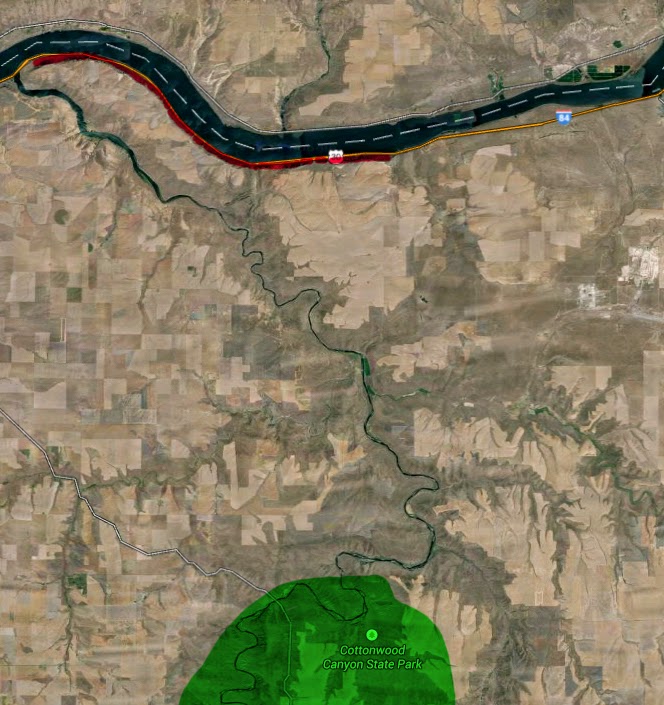 (area in red is our bighorns, area is green shows next closest population)

FYI: there aren't really any safe places on this stretch of road to pull over for photos. I've seen some people do it, though I haven't worked up the courage to risk death-by-semi to get some shots of the wildlife with my nice lens.

I call this series "dog forced to sit next to trees" 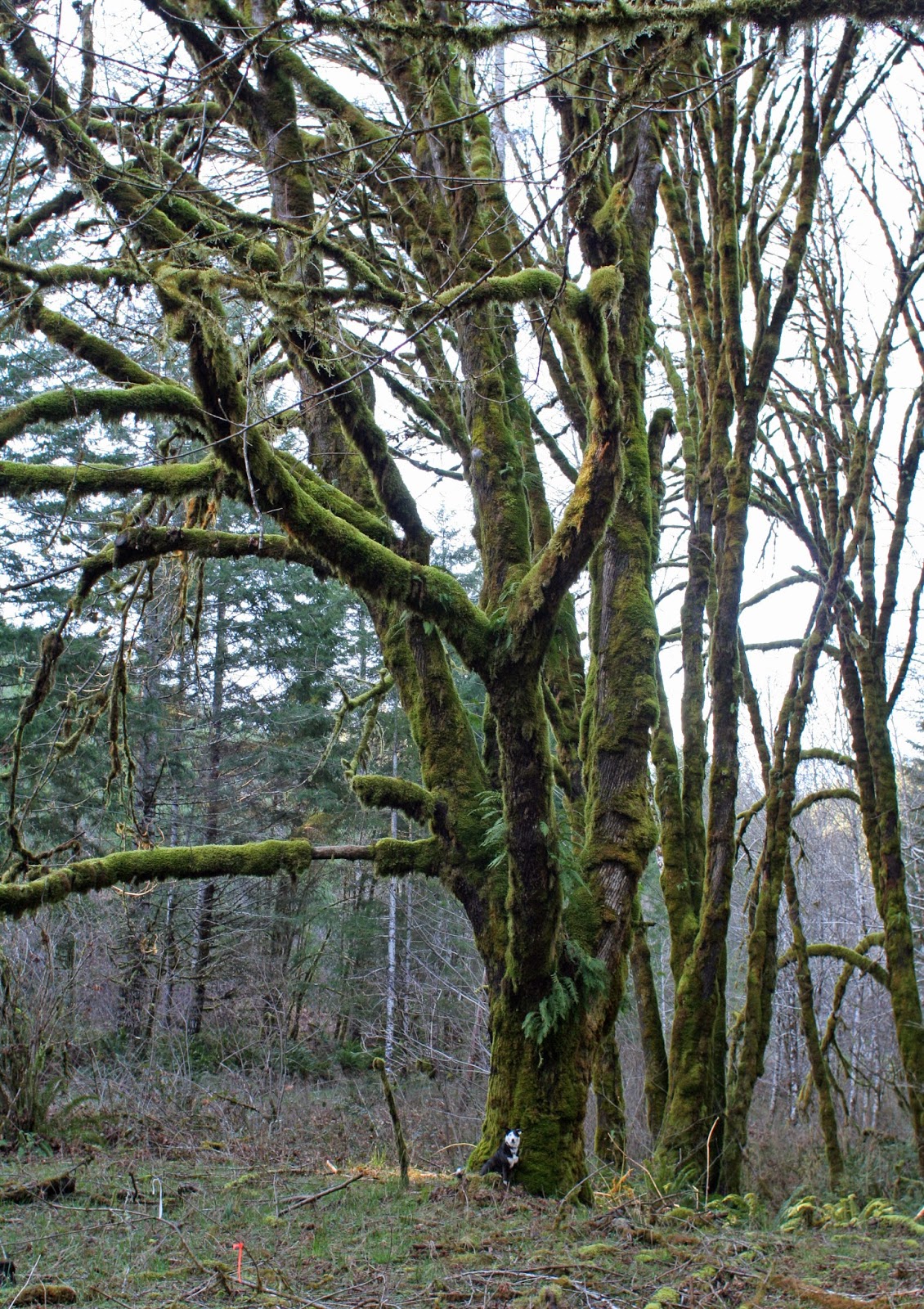 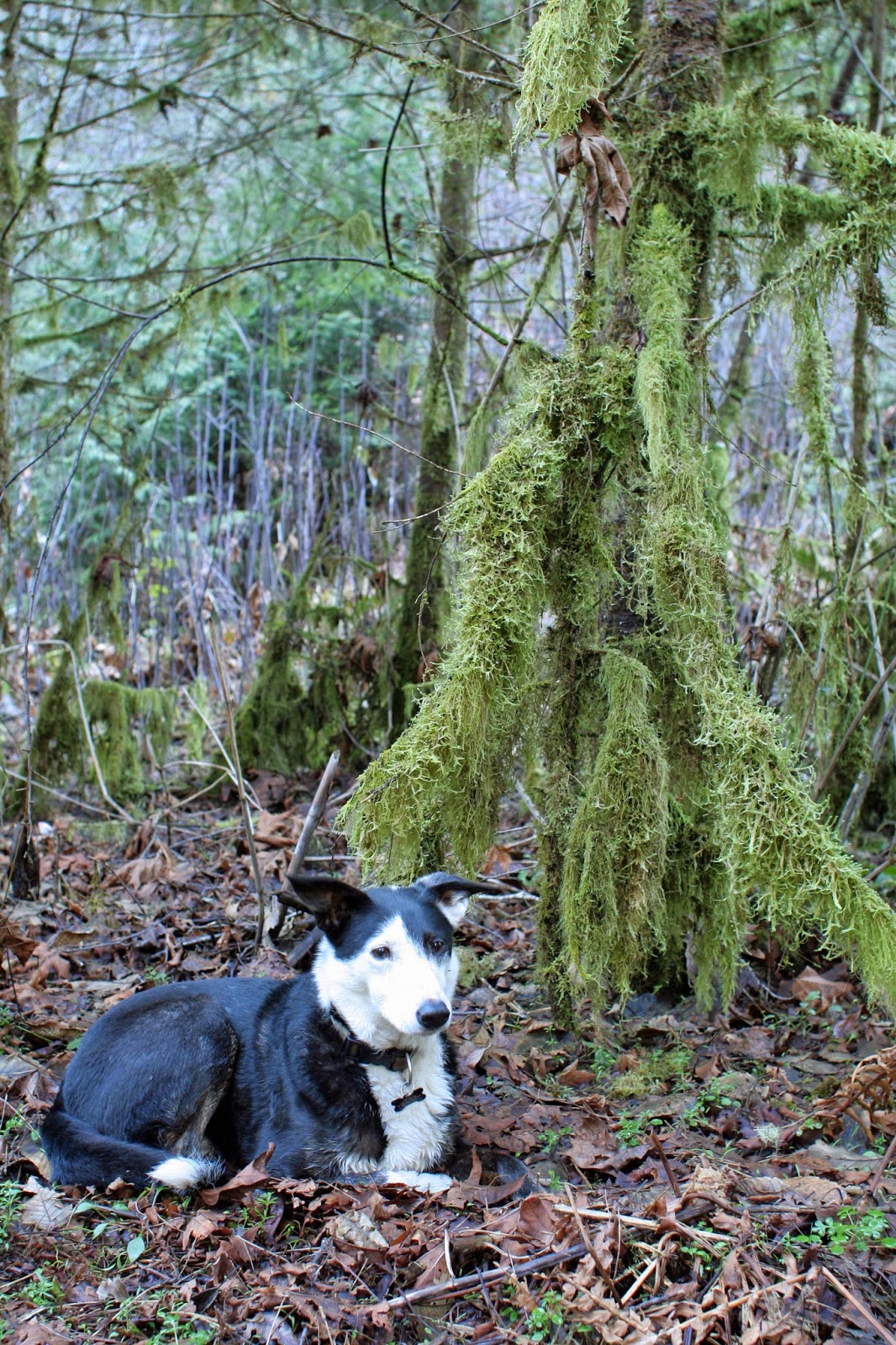 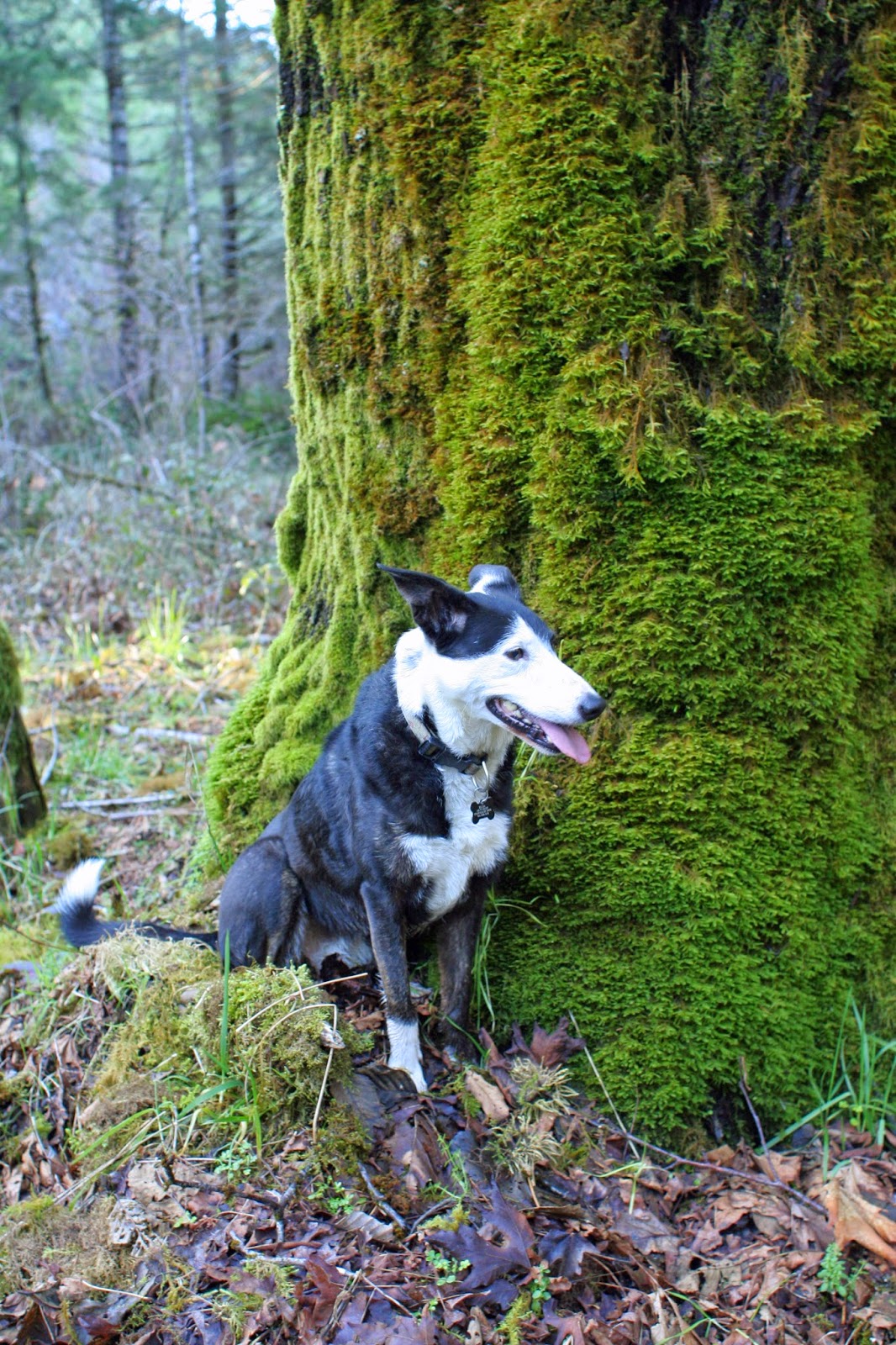 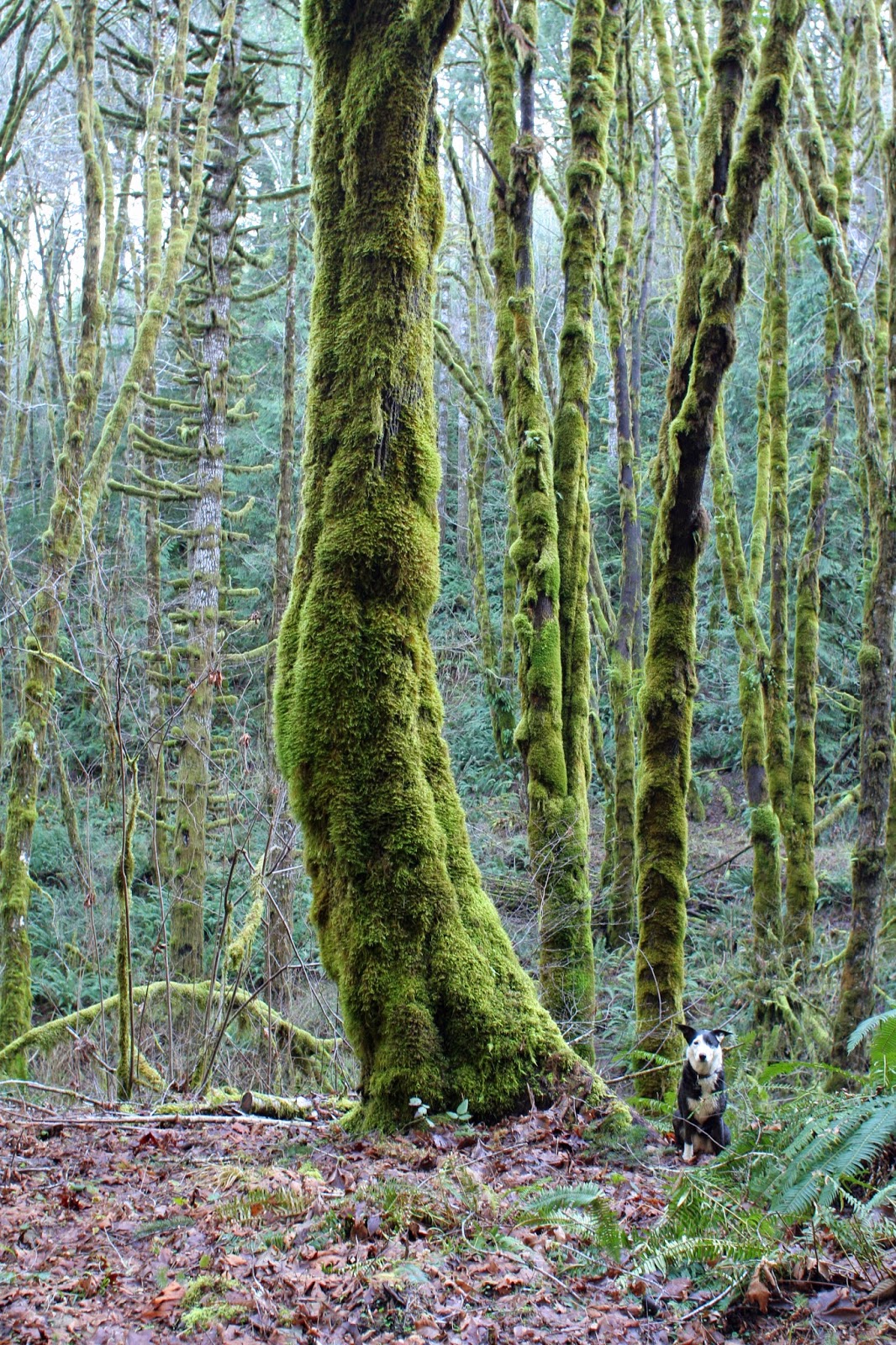 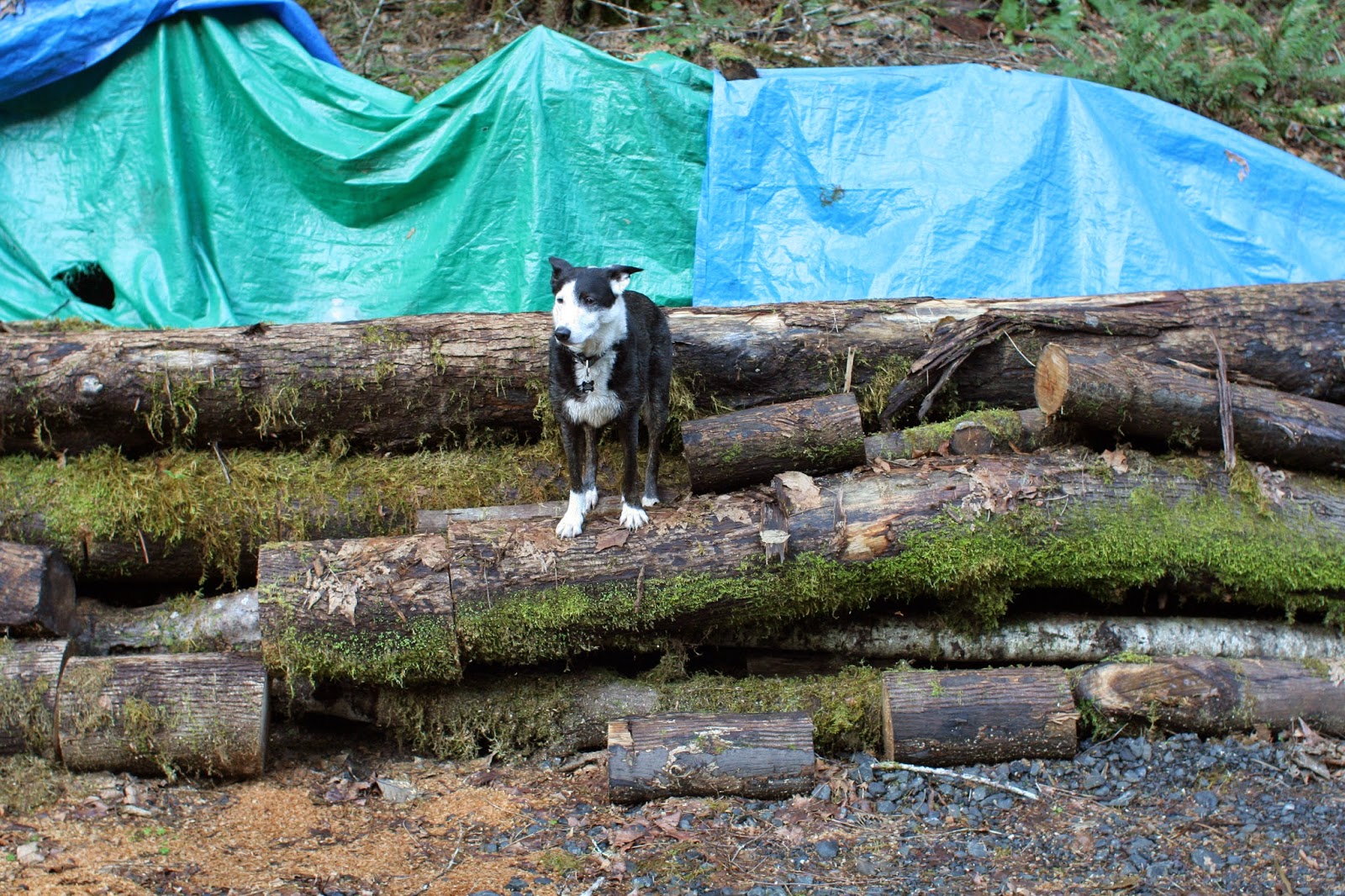