"Well OF COURSE it does!" (Says vegetarian who only talked to vegans.)

This article by Barbara J. King on the NPR website should have been titled "Why veganism is awesome: a vegan's perspective".

There are so many good, articulate writers and thinkers out there who are thoughtful meat eaters; the fact that this NPR writer didn't find ONE of them to talk to makes me mad. NPR is supposed to be better than this. Instead, we get yet another cookie-cutter, shallow, biased piece almost copy-pasted from the vegan movement's talking points. Although it's presented as an opinion piece, that doesn't excuse NPR for hosting such tripe.

My response, in bulleted list format because I'm lazy (also I've written about this before):

-I have friends who are vegan. They are good, earnest people who care deeply about animals, and I can dig that. Unfortunately, one of the many problems with the vegan "movement" is it is headed by radical animal rights activists just like the ones interviewed for this article. Anyone from PETA or  HSUS is not "reasonable", and are complicit in the deaths of thousands of dogs and cats annually through unnecessary euthanasia. They may care for animals too, but their goal is to force their values on everyone without listening to facts or reason. They should be the last ones to use as examples if you're really trying to have a balanced discussion or convince anyone to change their lifestyle. (Also, kindly remember that us thoughtful meat-eaters care deeply for animals, too)

-Veganism (or vegitarianism, or reducing use of animal products) is not the only way, or even a good way, to go about reducing the suffering of animals by human hands.

-Just because you're not eating them, doesn't mean animals didn't die for you. Soy harvest alone kills or displaces countless birds and small mammals. Sorry to wreck your warm-and-fuzzies, but that "95" number is completely made up by someone with an agenda.

-Growing plants is not automatically better for the environment than growing animals.

-All the proven health benefits of a vegan diet have as much to do with simply being more thoughtful about diet in general than in actually being vegan.

-No, it really isn't simple or cheap to live on a vegan diet. Especially if you have children. Stop the hand-waving. Maybe we can have a discussion about how to improve public school lunches? Or reduce urban food deserts? Or incentivize community gardens? Or, you know, ANYTHING besides  scolding or guilt-tripping because "I can do it, so can you"?

-While we're at it, let's acknowledge a couple things: 1) most vegans are white, middle to upper class, while most of the farmworkers who harvest the crops that make a vegan lifestyle possible are poor people of color; 2) some people really, truly can't survive on a vegan diet for health reasons; 3) food is very important to many cultures and insulting cultural dishes because they dare to contain meat is bigotry

-The word I'm looking for is 'ethnocentric'. (And also, if you're comparing yourself to Saint Paul simply because of your diet, that should be a clue that your ego is too big for you to be having a grown-up conversation, especially on freaking NPR)

-They try to imply that government or military misallocation of resources - like grains seized in Ethiopia during the height of famine- was because of factory farming? That's insane. I can't even.

-Can we PLEASE have a discussion that goes beyond "red meat"? Corn-fattened beef from feed lots is not the only animal product out there. Vegans love to hang their debate on it because it's pretty clear cut: yes, reducing this type of meat consumption is healthier; yes, feed lots are bad for the environment; yes, it's wasteful to feed them corn. We know this already. Can we talk about range cattle? Or farmed tilapia? Or backyard chickens? Or livestock fed off of marginal land unsuitable for crops? Or sustainable hunting? As someone who cares about this stuff, I hate seeing yet another black and white debate from vegans. "Beef or no meat at all" are our only choices? Really? Even the pesco-vegetarian author barely touched on how important fish is as a protein, yet dedicated many paragraphs to full-on anti-meat propaganda. 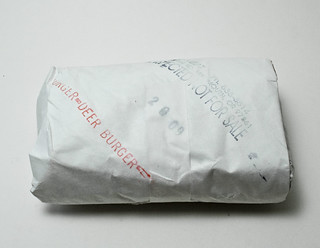 This cliff is about a quarter mile from the river, so I'm sure these are river rocks are from the old river bed. It's a good spot. I can always find at least a double handful of semi-translucent agates within half an hour. 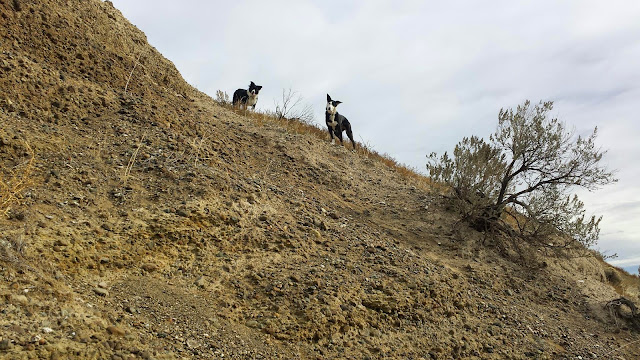 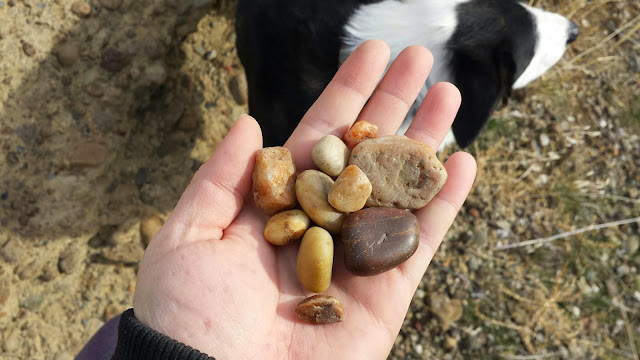 And every now and then, a really nice one: 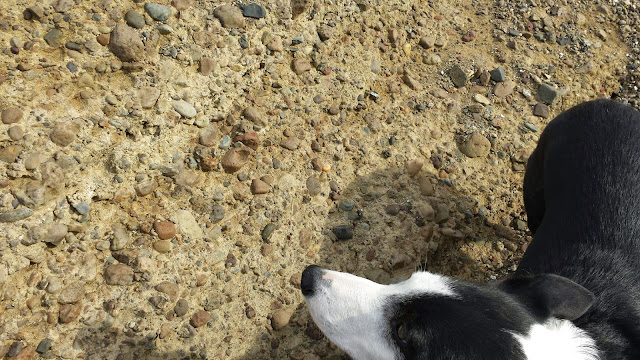 This is what they look like after going through the rock tumbler: