My wine jug terrarium after 5 1/2 years

On September 24 2013, I tossed a pothos cutting and a chunk of lichen into a wine jug with some dirt: 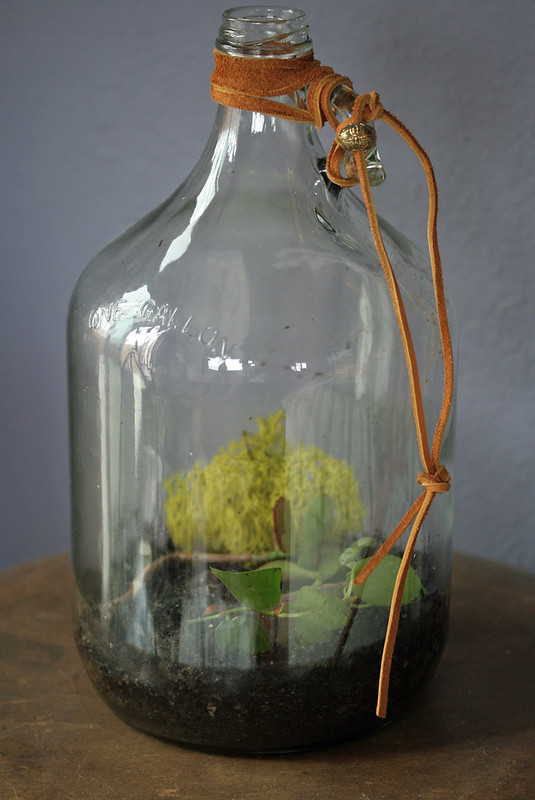 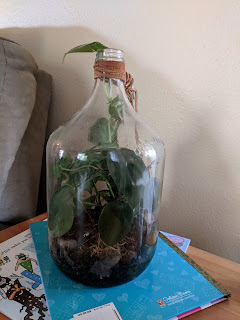 I grew up hiking and hunting in private timberlands in and around the coast range of Western Oregon. I've lost track of the number of homestead sites I've run across in the middle of the woods, in unlikely places. My dad worked for timber companies, and would show me different sites. Often the only way to mark them is the ancient apple or pear trees who remain, clinging to life as the forest grows up around them and shades them out. Or sometimes, an oddly-placed clump of domestic iris or lily that has no business in a wild Pacific forest.

Most of these sites I'm talking about sprung up in the last wave of land-grabber/white homesteaders in the late 1800's and early 1900's. Many of them lasted, at most, a couple decades before the occupants realized how hard it was to grow crops on a PNW hillside with thin, clay soil best suited for sword fern and douglas fir. Most of them were abandoned and the land absorbed by large timber companies who let the trees regenerate and the buildings quietly rot away. Or, like in the case of my childhood house, the majority of the homestead land is absorbed, while the house, outbuildings and useless-for-logging-purposes flat ground near the creek was sold as a residence.

In some cases, families clung to homestead lands for as long as they could, slowly selling land to the timber companies when they needed money. As the original houses rotted, they built new houses closer to the public roads and highways, often delegating the original home sites as garbage dumps (because even to this day in rural communities, it's much cheaper than a long trip to the landfill).

So, if you're stomping around inside a tree farm and come across a spindly pear tree growing on a bench far from any road, or an old plow, or truck chassis, rusty artifacts like old water heaters or oil cans, someone once had a house there, and a few chickens, pigs, and maybe cows. 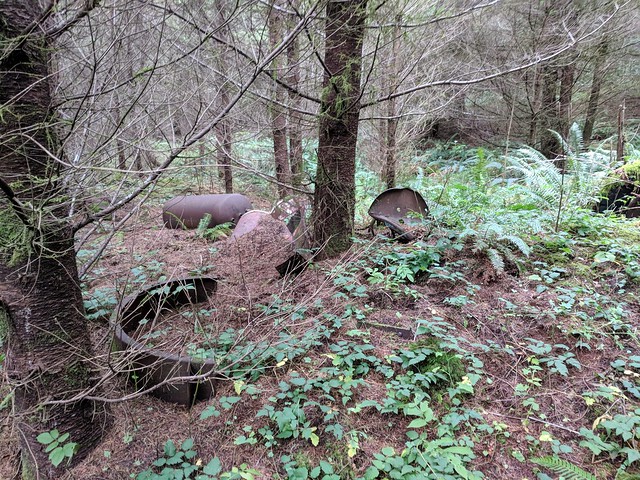 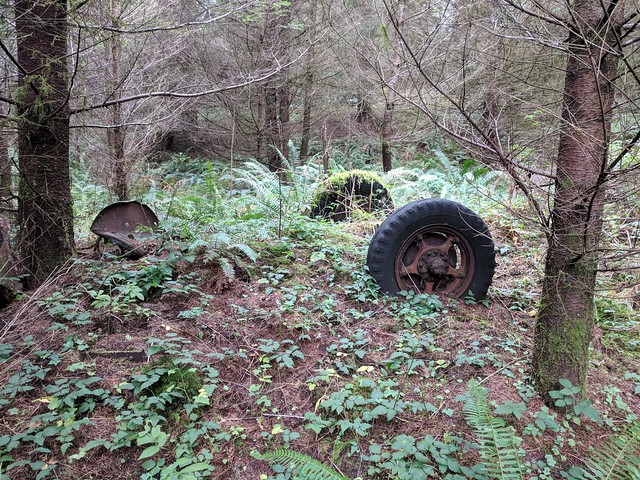