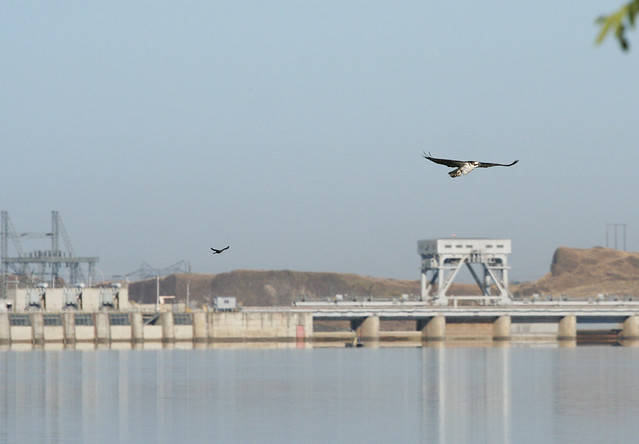 Little visit to a beach just up river from the McNary dam. A great place to see dinosaurs.

Today we got to see a seagull with only one foot. 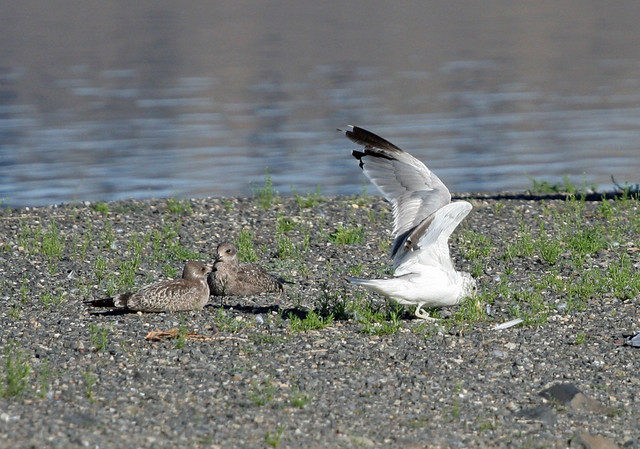 A ... sandpiper... thingy? tiptoeing by a larger cousin. Help with identification would be nice. It looks like a solitary sandpiper, Tringa solitaria but they aren't supposed to be here. 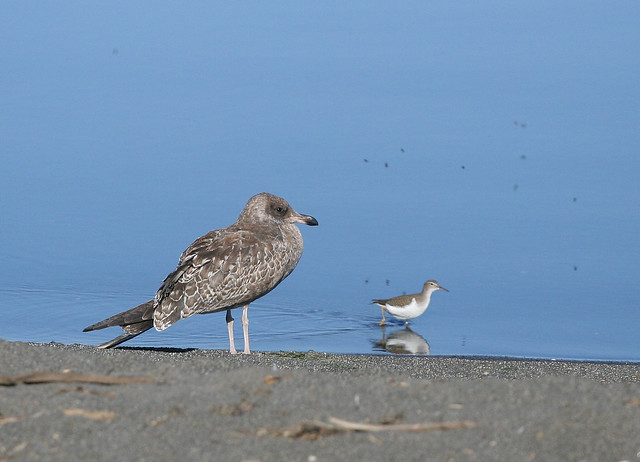 An osprey who had been fishing, but of course stopped once I got my camera out of the car. 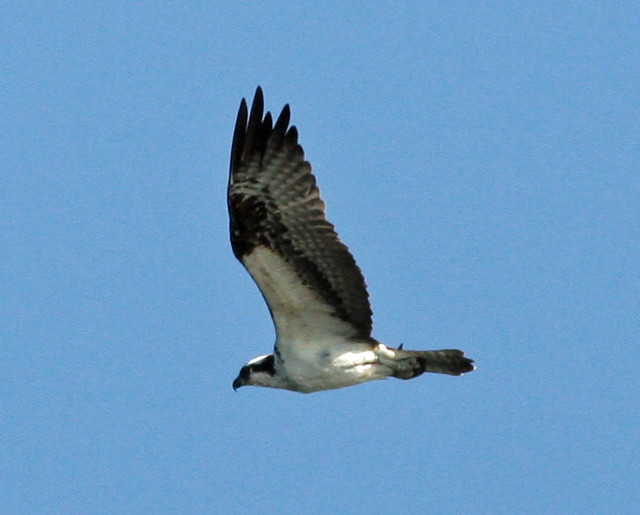 Another killdeer doing that bugeye thing they do so well. 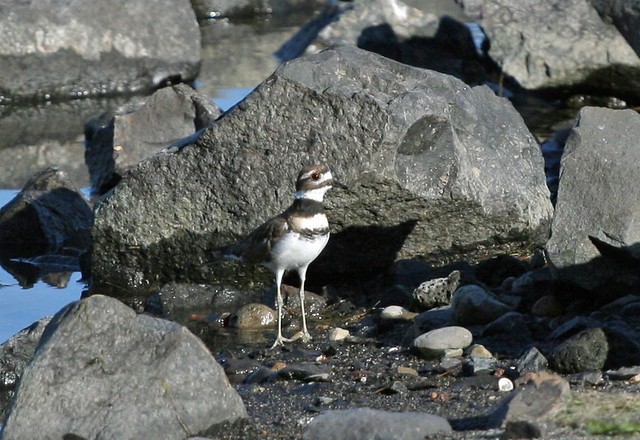 Some great blues being all graceful and majestic. 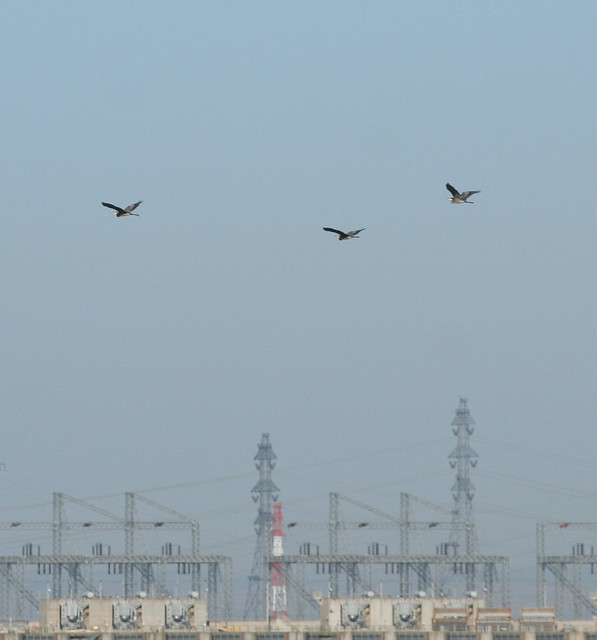 Email ThisBlogThis!Share to TwitterShare to FacebookShare to Pinterest
Labels: animals, out in nature, photography, wildlife 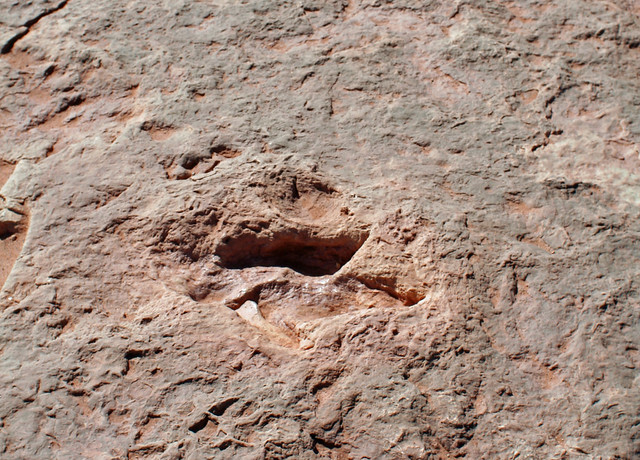 Turns that just outside of Tuba City, Arizona is a huge field of early Jurassic dinosaur tracks. Who knew.

There is a hand-painted sign by the side of the road and a gravel parking lot with a few venders selling Navaho crafts. Some of the locals offer to give guided tours, but I turned them down in favor of just wandering, carefully, along the edges of the tracks (there are no fences or signs, just piles and lines of rocks the locals have made to outline certain areas. I watched three kids run around right on top of some of the tracks and cringed a bit).

There is very little information online about this insanely cool place. There's some about the legends from the people who've lived next to them for thousands of years. There is one published paper by Wells from 1971 (couldn't find online). According to an article from 2012, the Navajo Nation plans to develop a tourist center at the site, but for now there hasn't been much development or scientific study of the site, which sort of boggles the mind. This brief note on the Experience Hopi website is about the only reliable info you'll currently find online. Wikipedia doesn't even have a stub article on the site. That's how bad it is (and probably why creationists, who love both made up shit and information vacuums, have latched onto the site and claim there are human footprints alongside the dinosaurs, thus disproving evolution.) 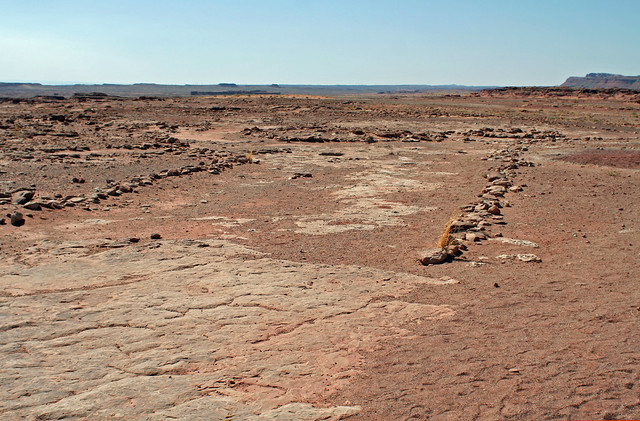 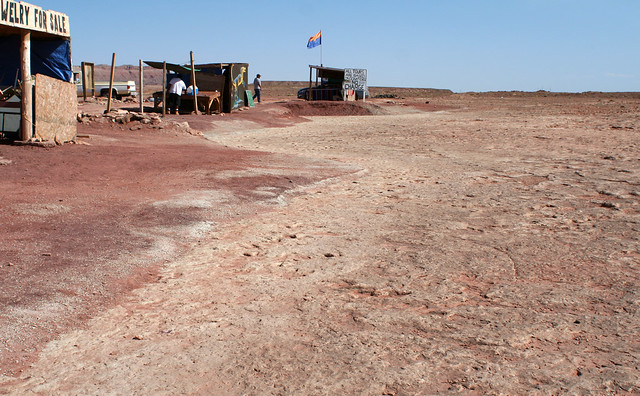 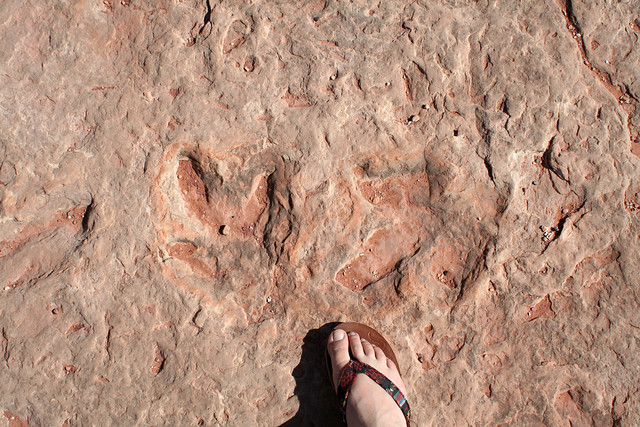 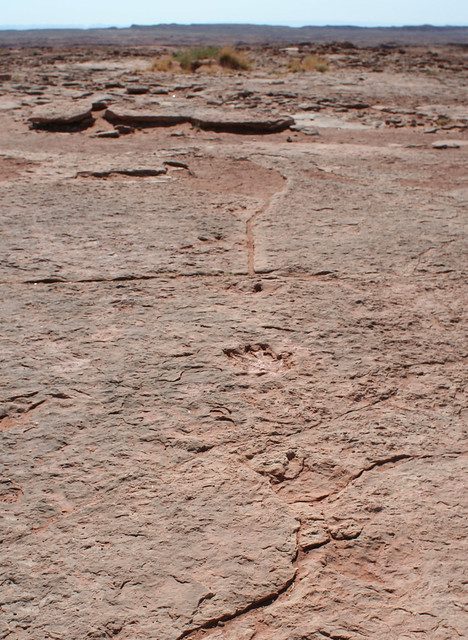 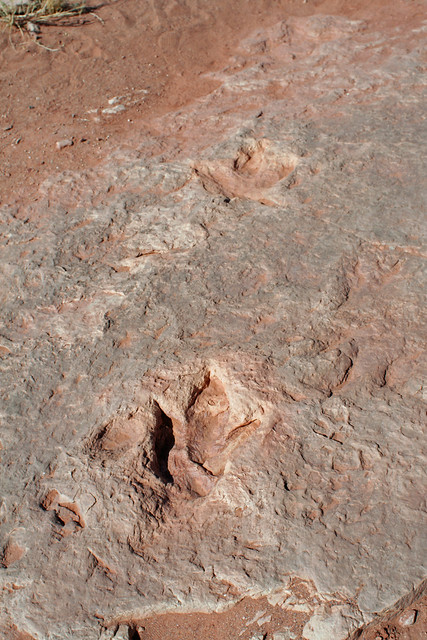 Email ThisBlogThis!Share to TwitterShare to FacebookShare to Pinterest
Labels: animals, evolution/natural selection, out in nature, photography

A "hike" (very short one) we took back in June near Tollgate, Oregon. Elevation about 5200 ft 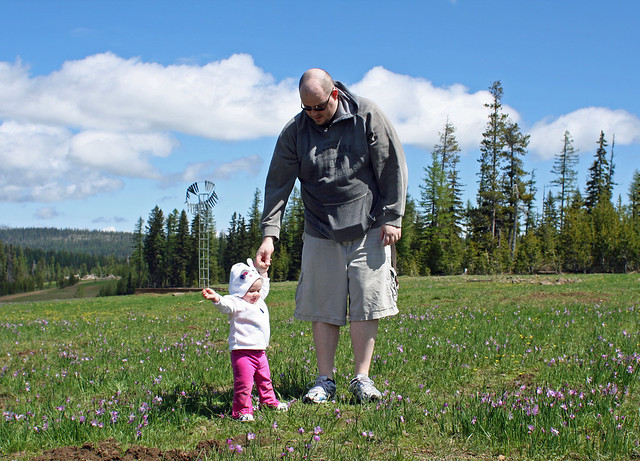 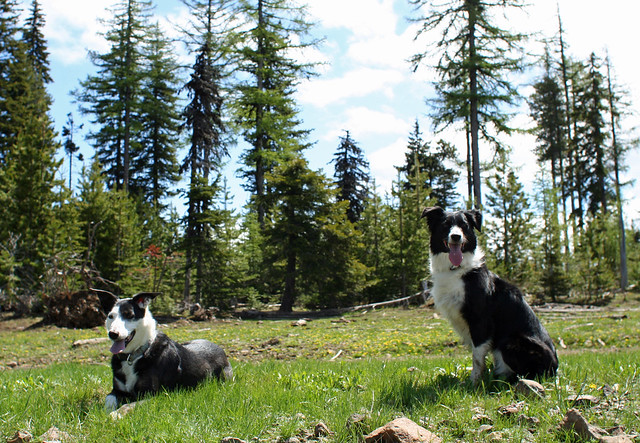 There was an incredible amount of elk poop in that meadow. 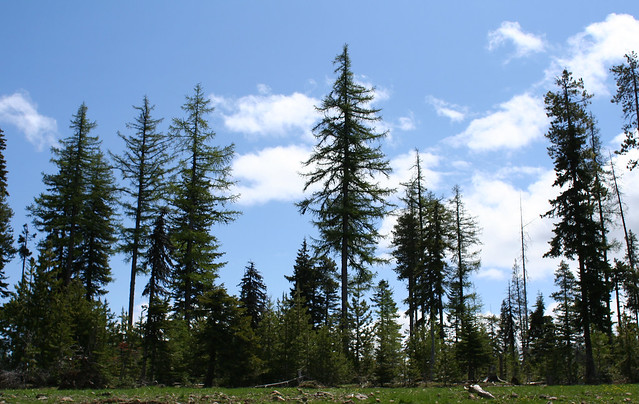 Email ThisBlogThis!Share to TwitterShare to FacebookShare to Pinterest
Labels: out in nature, photography, sammy, zelda

More pictures of the Columbia 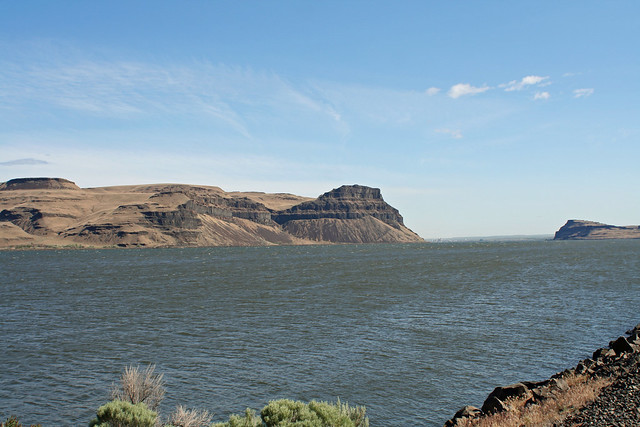 This is about five miles upstream of the McNary dam,  just south of the famous Wallula Gap National Landmark. 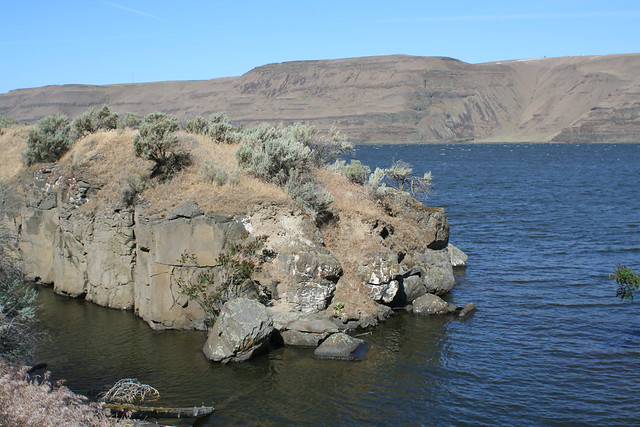 The water here is about 80 feet higher than it was before McNary dam was built. During the Missoula Floods, water would have about 800 feet higher. Just, you know, for some perspective. 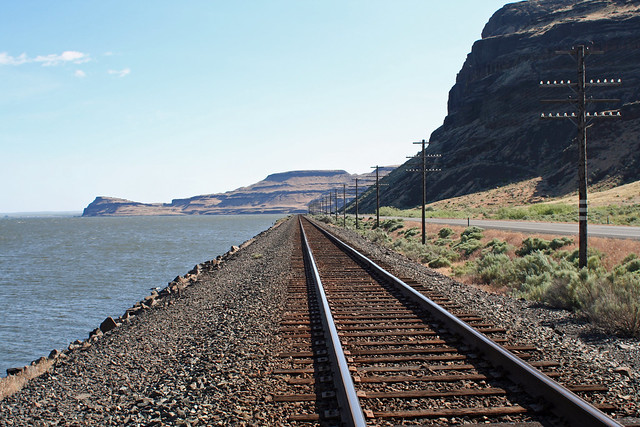 My baby is fourteen months old now. Plenty coordinated enough to hold a bottle or sippy cup on her own, but I still feed her on my lap when I can. Like when she was younger, she will completely relax into my arms, glassy eyed and limp except for slowly fidgeting hands. It's very sweet and relaxing, and I know soon she will graduate out of babyhood and moments like this will be gone. I'm enjoying it while I can, even though it's during these moments that I still get occasional twinges of regret (salted with guilt, of course) for not being able to breast feed past five months. "In the wild" humans would breast feed until at least age seven or eight, right? Stealing a few minutes to feed a bottle of cow's milk to my one year old is hardly "natural". Then I quickly remember that, "in the wild", my baby and I would both be dead, killed due to minor complications I experienced during childbirth. Nothing "natural" about me being alive in the first place, why would I wring my hands over the way my daughter gets nutrition (especially since she's incredibly healthy and happy.)

Fuck "natural", or, at least, the version of the concept our society is currently using. What, after all, could be more natural than using our big, naturally-derived brains to invent helpful technology? 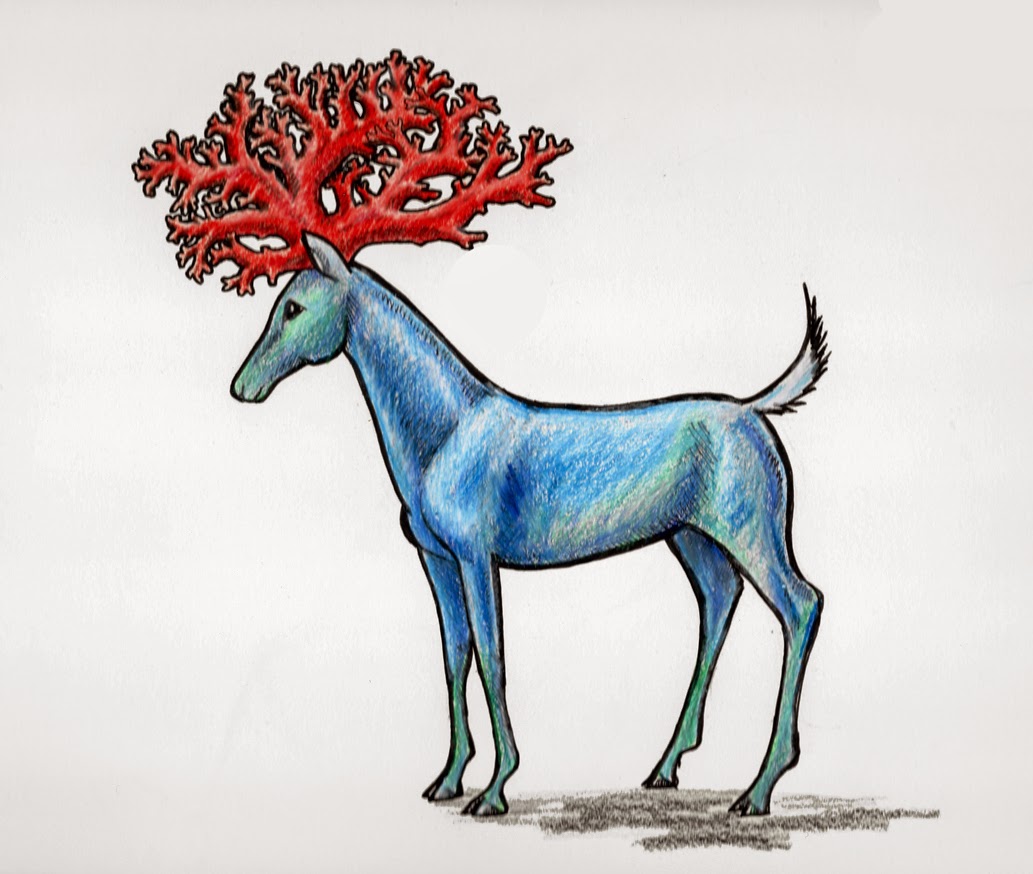 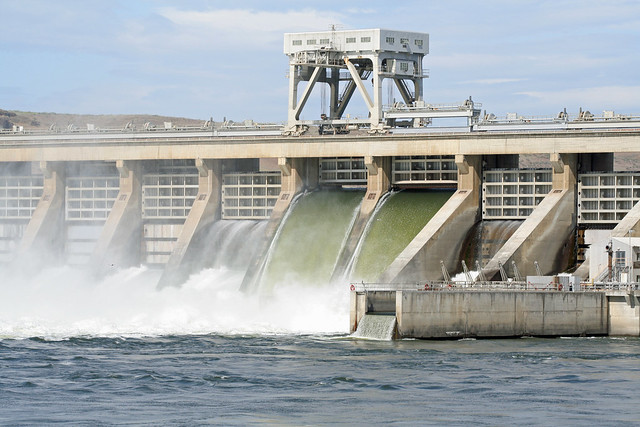 A good portion of my electricity come from here. It's only a few miles away from my house as the crow flies, and sometimes I forget what a massive, and relatively rare, structure it is. The Columbia is one of the largest rivers in the world, and there aren't many places where people get most of their electricity from water.

These pictures are from a visit in mid-May of this year, when the river was fuller than usual.

This pipe is (I think) the downstream end of the juvenile salmon bypass system. Basically a tube that (hopefully) carries all the baby salmon around the dam so they don't get chewed up by the turbines. In the spring, they turn on these high powered sprinklers around the mouth of the pipe to deter birds from the tasty, tasty endangered species that are flung out of the mouth of the pipe. I imagine it would be like McDonalds having a pipe that spat chicken nuggets out onto the sidewalk, but then posting a guard holding a fire hose to keep people from eating them. Must be very frustrating to the seagulls. 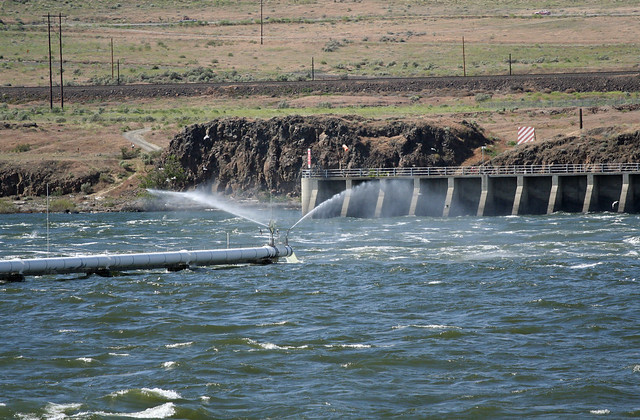 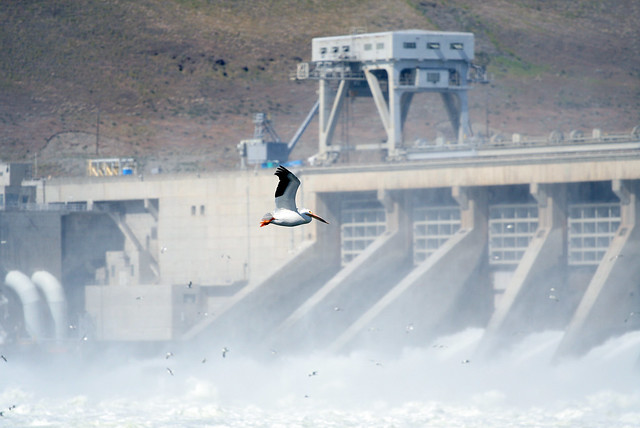 I watched this pelican fly upstream towards the spillway rapids, then ride the waves downstream, then repeat. She repeated this process three times in the time I was there watching. I don't know if she was surfing the waves for fun, or contemplating braving the fire hose to try to get at some salmon snacks. 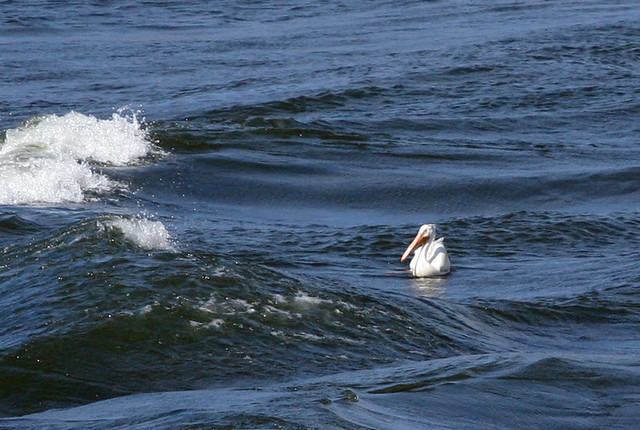 There's an Army Corps of Engineers maintained park downstream of the dam called Spillway Park. It has a large area of man-made wetlands and a network of walking trails. It's pretty obvious that they're "fake" wetlands; nothing looks completely natural, but they tried hard to make it appealing to a variety of bird species and it pays off. There are a lot of happy birds in those ponds. 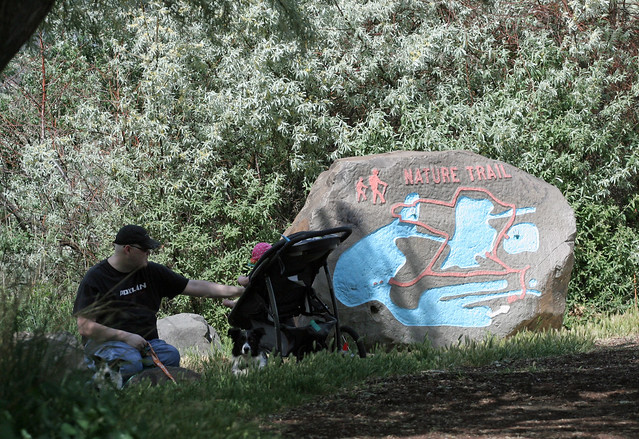 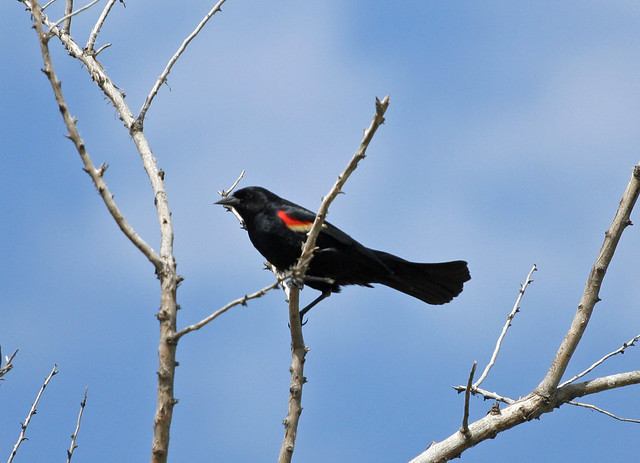