This is a photo, taken today, of the first time this dog allowed me to touch him.

He's been at the shelter where I work for over a month. He has bitten nearly every staffer and several volunteers.

Today he came up and put his paws on me. I put his sweater on and a leash and took him outside. Things so minor that would have been impossible a week ago.

I'm not claiming any credit for this, except for one thing: which is I gave him his space. Except for necessary things like cleaning his kennel, and vaccinations when he first arrived, no one's done any actual "work" with him (and those who tried were the ones who pushed him too far and got bit). Slowly, through routine alone I suppose, he's come out of his snarly, terrified shell and is now going to an adoptive home. 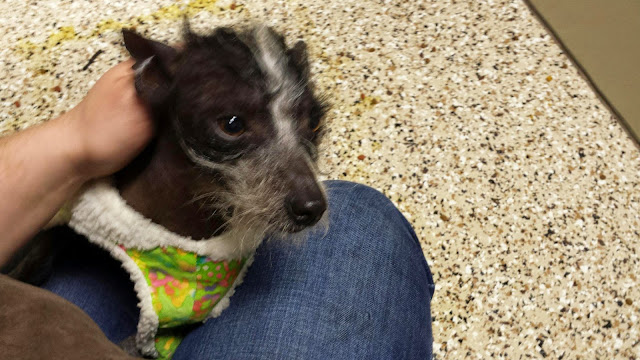